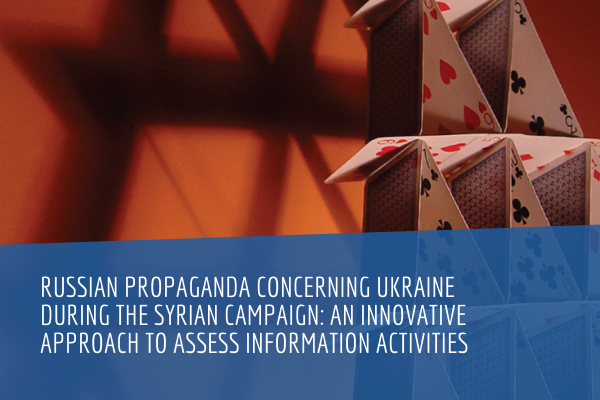 During the Syrian campaign the (dis-)information activities of the Russian Federation concerning Ukraine dropped significantly. Key narratives and topics employed by Russia vis – a –vis Ukraine a) aimed to worsen relations between Ukraine and countries of the European Union; b) repeated and added new details to a previously actively exploited narrative on the illegal, outrageous, violent and aggressive behavior of Ukrainian battalions in the Donbas region; c) drew different connections between Ukraine and the war in Syria and especially DAESH; d) repeated a previously widely spread narrative about the illegal nature of Maidan, and the fascist government in power in Ukraine. Narratives aimed at countries of the European Union strove to increase tension among European countries and between European countries and the United States of America, and to create the impression of growing sympathy towards and support for Russia in the region. Additionally, the narratives aimed at creating ideological clashes and distrust among countries within the European Union and painting a negative image of Ukraine.

The period of the Syrian campaign from September 2015 to March 2016 was a time of information support for the Russian Federation active phase of military operations in Syria. Hereafter, in this study it will be referred to as the Syrian period. In order to ensure the accuracy of the results, given the fact that the official Syrian campaign began only in the last two days of September, the Syrian period is measured and presented in charts from October 2015 to March 2016. For illustrative purposes and strength of comparison, the time frame of the research has been expanded to cover the period from June 2015 to May 2016. 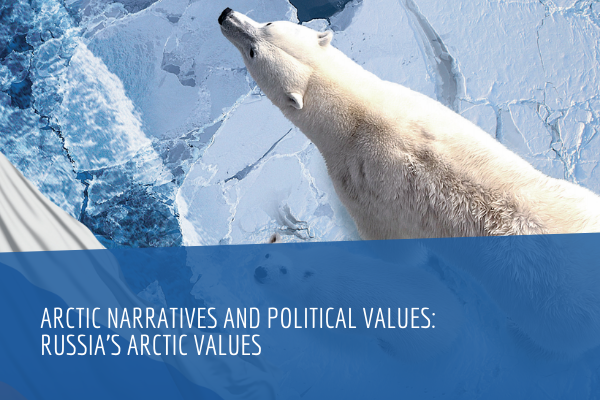 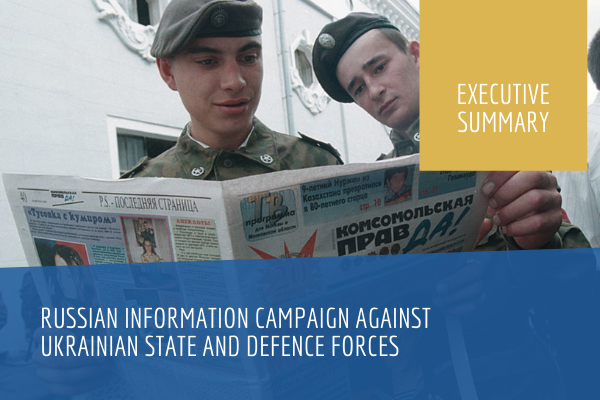 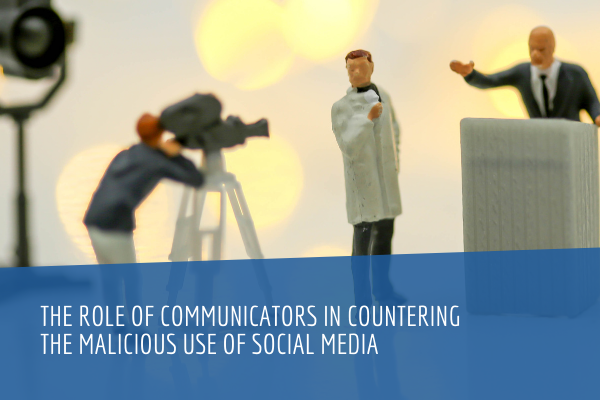